The Birth of A Pearl 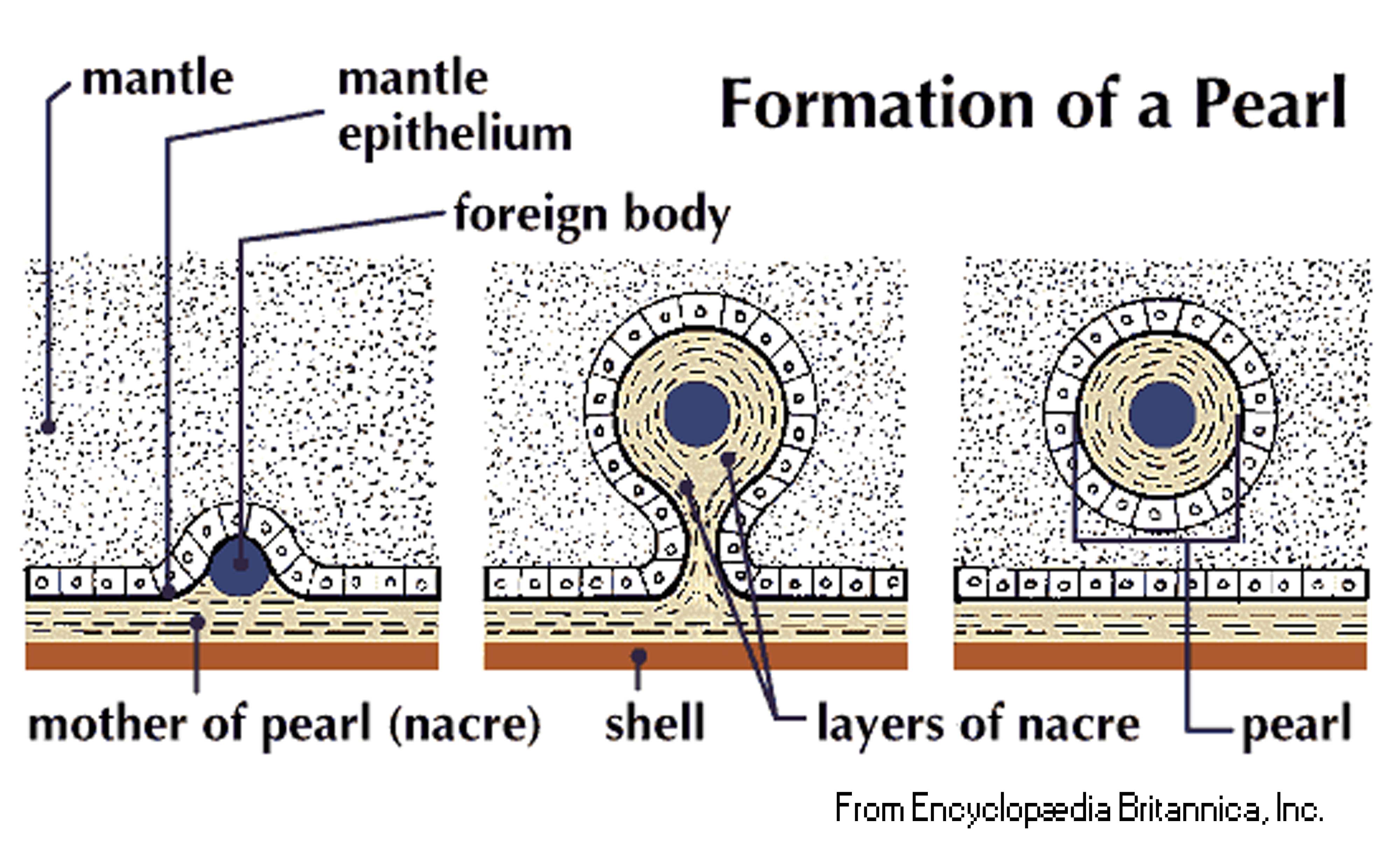 which filter water to gather the nutrients necessary for their survival. Occasionally, bacteria, bubbles or other small objects enter the body of the shellfish and act as irritants. As a means of self-preservation, a process will be activated to seal off these small particles and enclose them in a sac of nacre. More and more layers of nacre are gradually deposited to isolate the irritant until, with time, a lustrous pearl is formed. 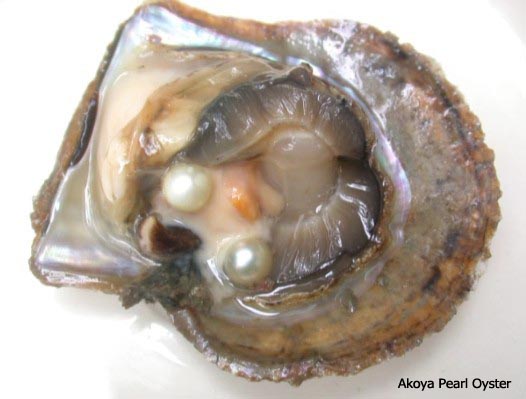 Pearls are usually broadly classified according to their place of origin and, while within these classifications they differ significantly in color and size, the most common categories are: Freshwater pearls, Tahitian pearls, South Sea pearls and Akoya pearls.

The secret of cultured pearl formation

However, the actual occurrence of this natural process is extremely rare, and it is even more rare that a natural pearl can meet the stringent requirements now established in the industry in terms of shape. Over the course of centuries, humans have sought ways to unlock the secrets of nature and effectively initiate themselves the pearl producing process. Pearls produced in this way are refer 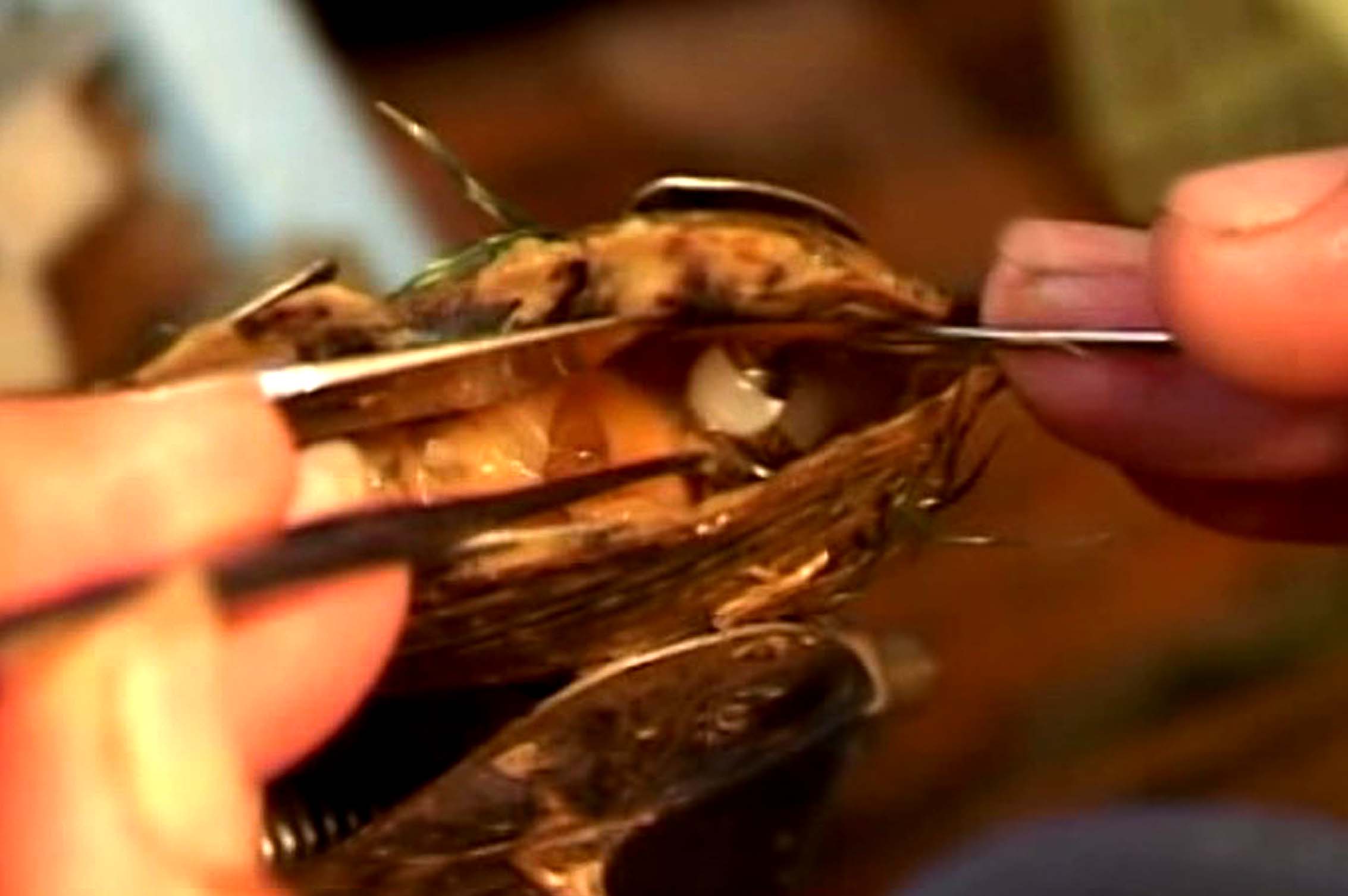 red to as cultured pearls. The earliest known experiments in pearl cultivation can be traced back as early as the 1300s in China to Yu Shun Yang, who is credited with inventing the method for culturing blister pearls by lifting the mantle and placing a shaped mould between the mantle and the shell.

The pearl cultivation technique widely used in modern times started at the beginning of the 20th century, with the production of the first successfully cultured round pearls, known as the Japanese Akoya pearls. The crucial procedure to produce a cultured pearl is to irritate a mollusk by implanting a mantle tissue from a healthy donor mollusk into a host mollusk, inducing it to secret layers of nacre around the tissue. For saltwater pearls, such as Akoya Pearls, South Sea Pearls and Tahitian Pearls, a bead nucleus made of freshwater mollusk shell is also inserted into the host mollusk to regulate  pearl formation. However Freshwater Pearls are tissue-nucleated without using a bead. This procedure is called pearl nucleation or grafting. Pearl grafting is a highly specialized and delicate procedure, and a qualified grafter needs several years practice. 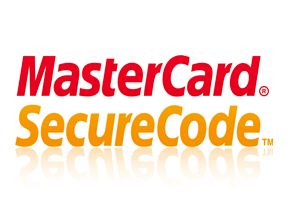